Coming up with a great game idea was a lot harder than I initially thought, but then why did I think it would be easy anyway?

Enter Pugilica, a game I thought up while toying with some dice and card mechanics. The basic mechanic for the game would be players taking turns to roll the dice, the roll deciding how many cards they could play that turn to effect other players.

I stuck some electrical tape on some blank dice and drew up a few cards while boxing glove tokens from thingiverse finished in the 3d printer.

Pick up your gloves, pull up your socks, and engage in gentlemanly combat.

The game is themed around a gentlemanly boxing match, pitting two pugilists against each other, the winning combatant of three matches takes the cup and wins the game. 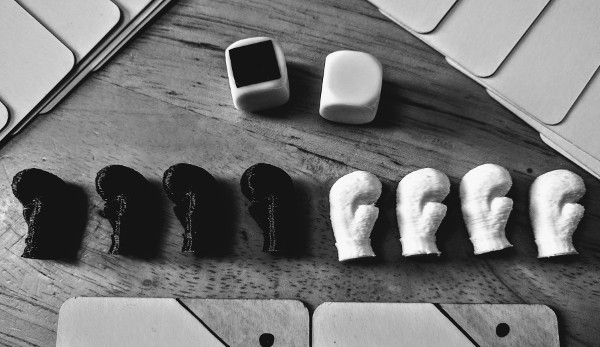 Players take turns to roll their ‘fists’ (two six-sided dice) and see if they are able to land a blow. The cards the player can use this round are decided by the number of fists each card requires to be played. If you roll two fists, you can play one card that needs two fists or two cards that need one.

Playing a card takes a number of stamina tokens from your opponent, the first to deplete all of their opponent’s stamina wins the round. The first player to win two rounds wins the game.

The game is played with cards, tokens and dice. The contents: 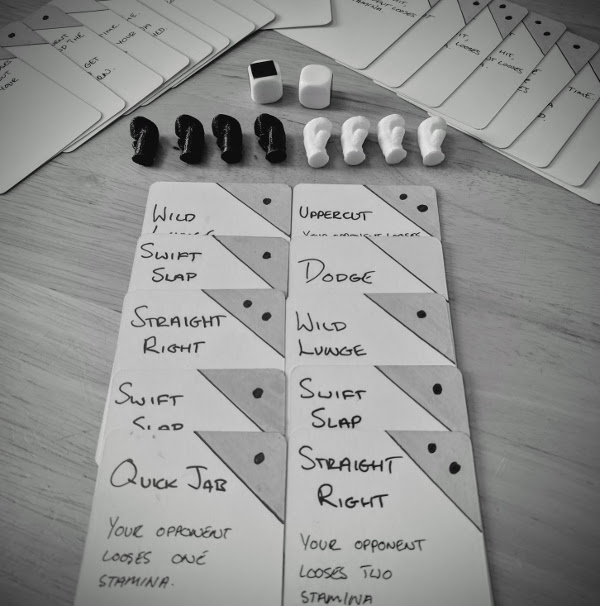 Each player gets four stamina tokens and is dealt four cards from the freshly shuffled deck. Flip a coin to decide who goes first, as is the tradition in a gentlemanly game.

The players continue to take turns rolling the dice, resolving any cards they wish to play and handing the dice to their opponent. 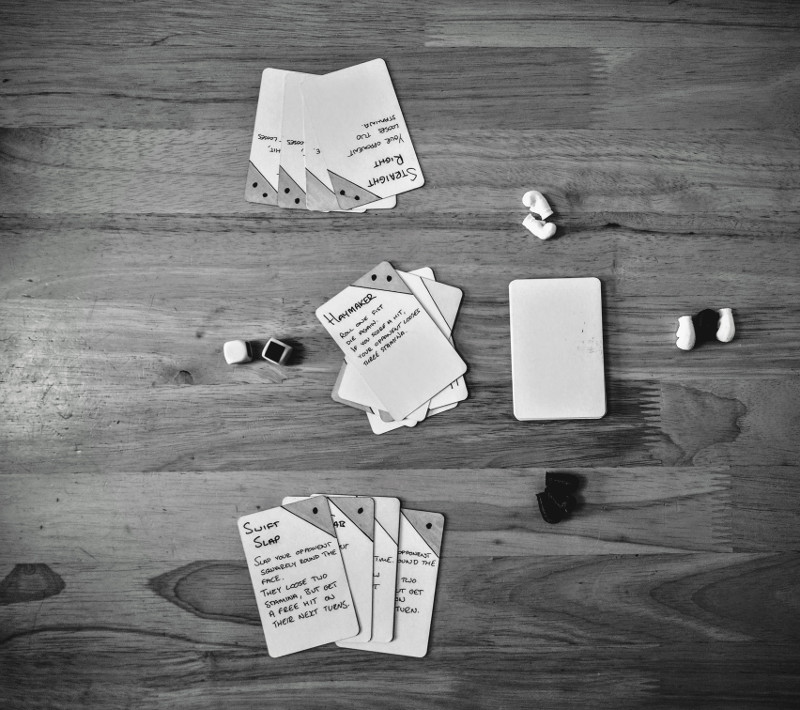 Game play proceeds until one of the players has no remaining stamina tokens. The players both get their stamina back and the loosing player starts the next round by rolling the dice again. The game is won by the player that wins two of the three rounds.

I approached challenge by researching as much as I could about game mechanics, specifically balancing luck and skill in a game. This game is my first attempt at achieving that balance, I hope you enjoyed reading about it.